In my mind, the most famous places in NYC are Statue of Liberty, Times Sq, Broadway show, Empire state Building, Rockefeller center etc.

The first day in NYC I went to Statue of Liberty by free ferry, I took it from south ferry station. Although I could only see her in far distance, I am satisfied with it. 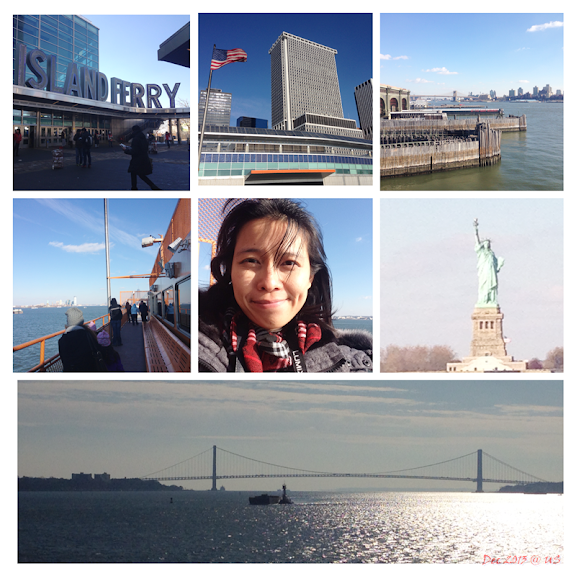 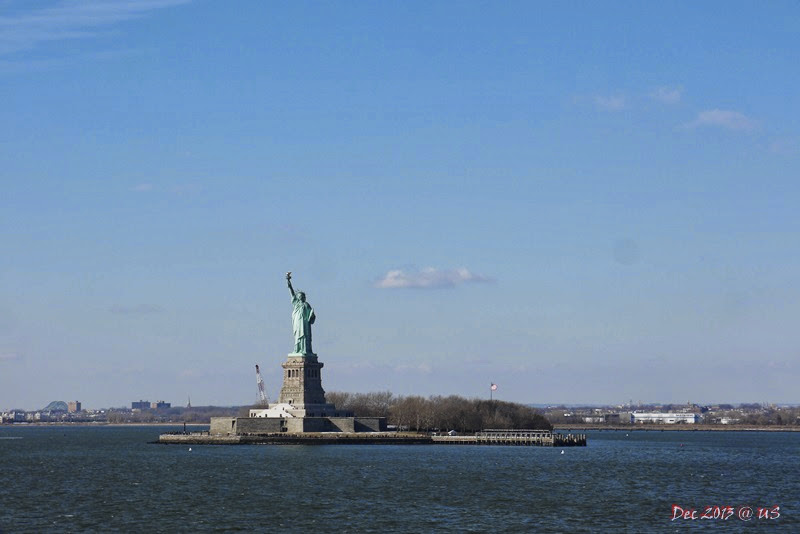 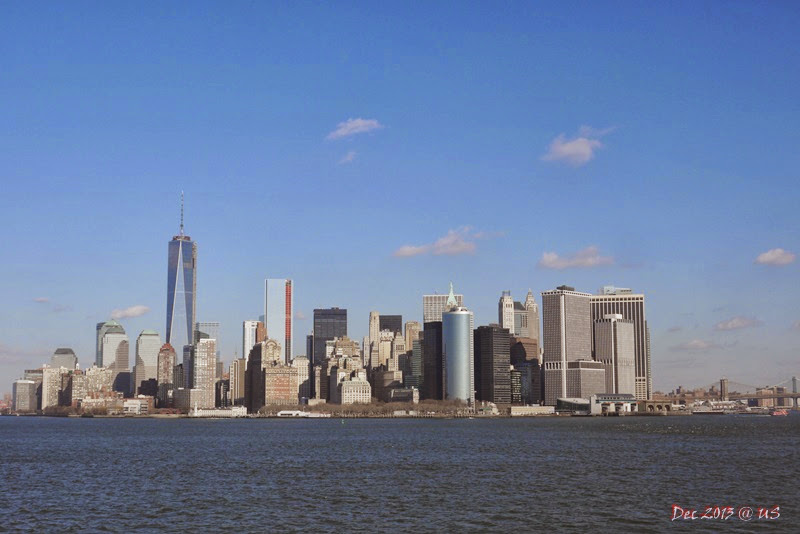 The Ferry would have round trip, you must get out in another island and get in the other ferry to come back NYC. It took 1 hour and it was very chilly when you were standing outside for taking photos. 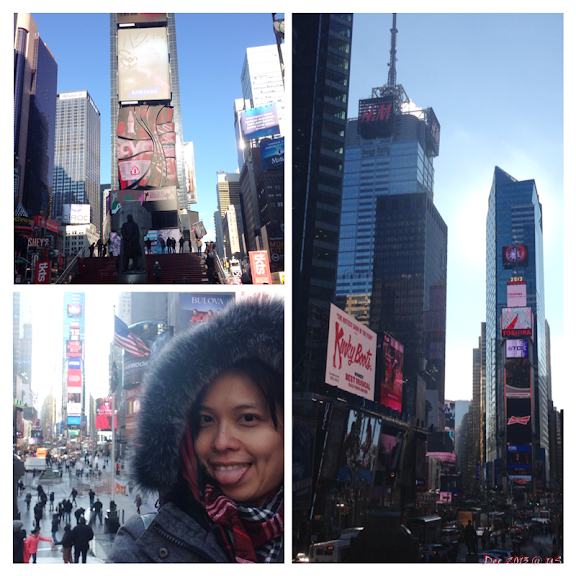 Actually, I found this place by accident. I didn't know this is Times Sq when I was tooking photos, I just thought there were so many people there, it must be popular. 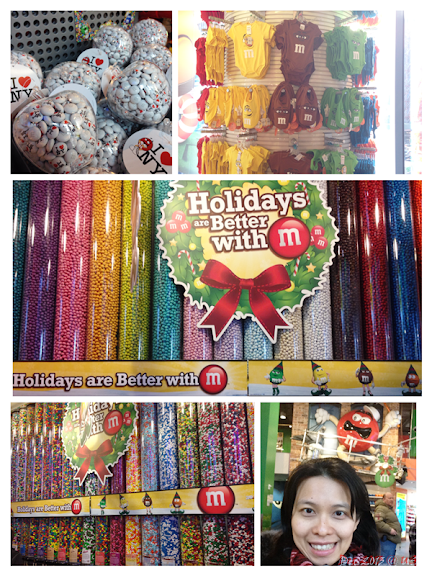 I looked around and found m&m, I bought some chocolate and then I gave it to my host. 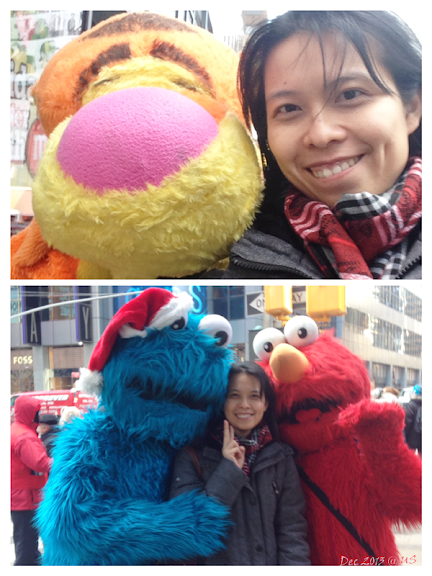 You can see the cosplayers everywhere near Times Sq. However, after u took a photo with them they would want you to donate money.

I learned a lesson from it. 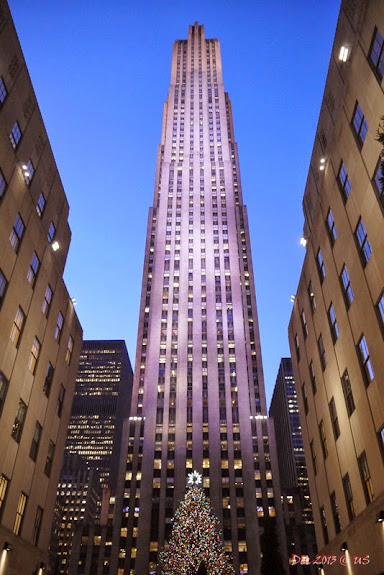 It has not only biggest Christmas tree, but a lot of light decorations. 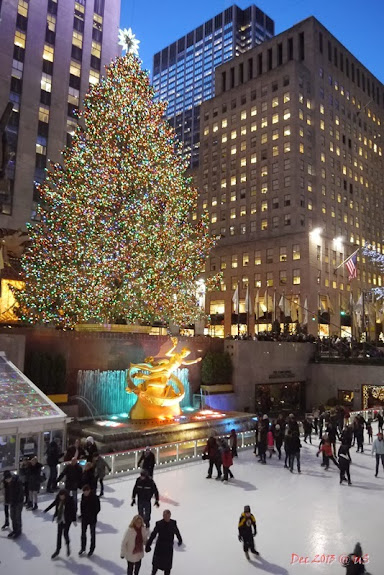 under the tree, there is a huge skating rink. That's so cool! 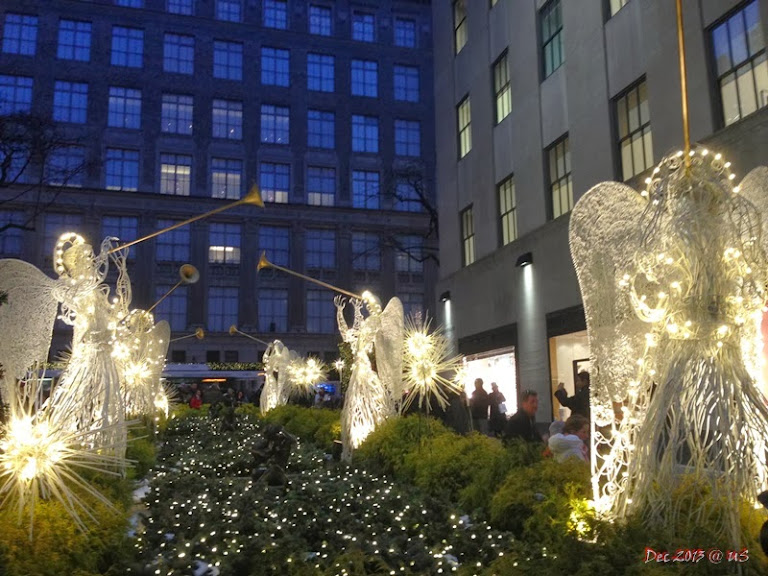 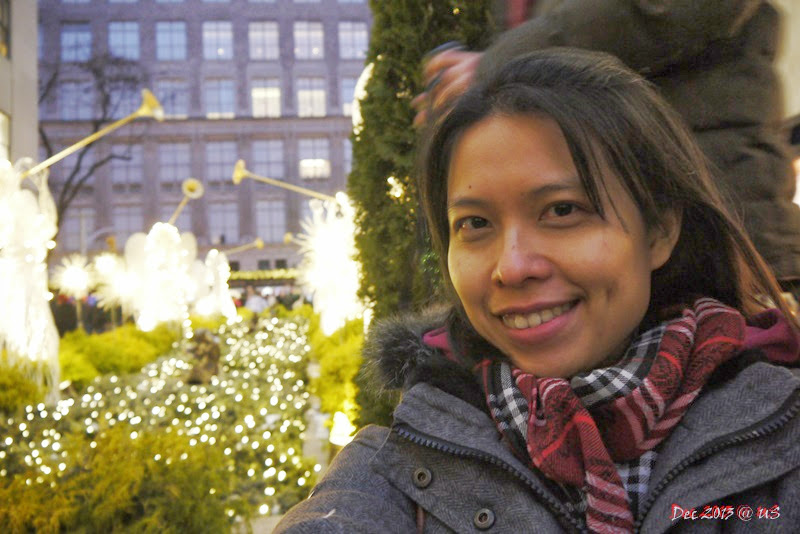 many angels are decorated in front of tree. 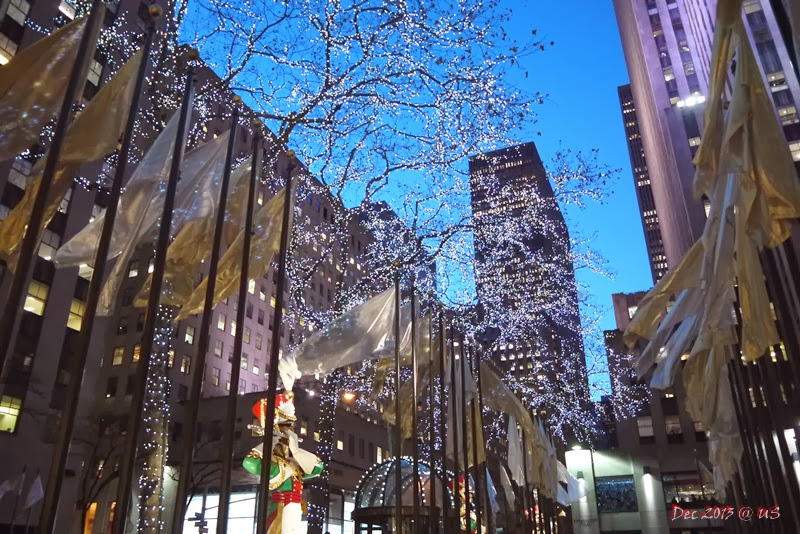 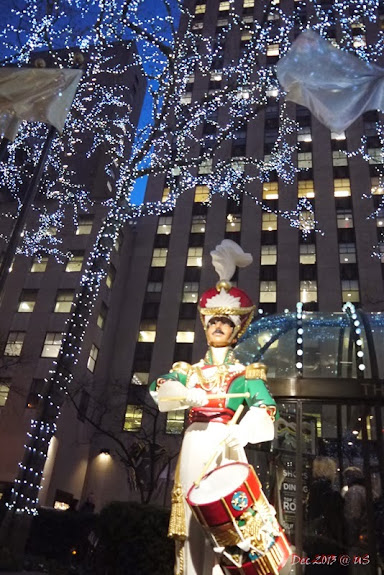 I like the lights set everywhere, it is bling bling very beautiful. 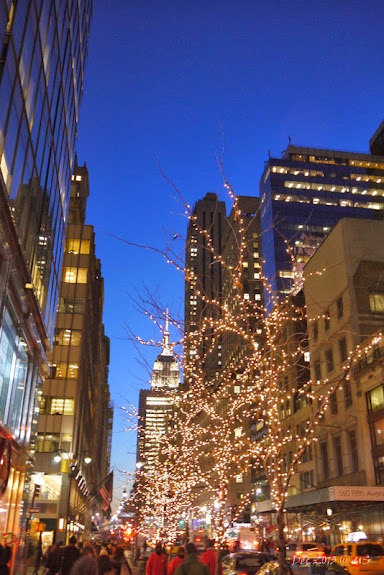 Despite of the fact is that I saw it very far, it is the best landmark in NYC. 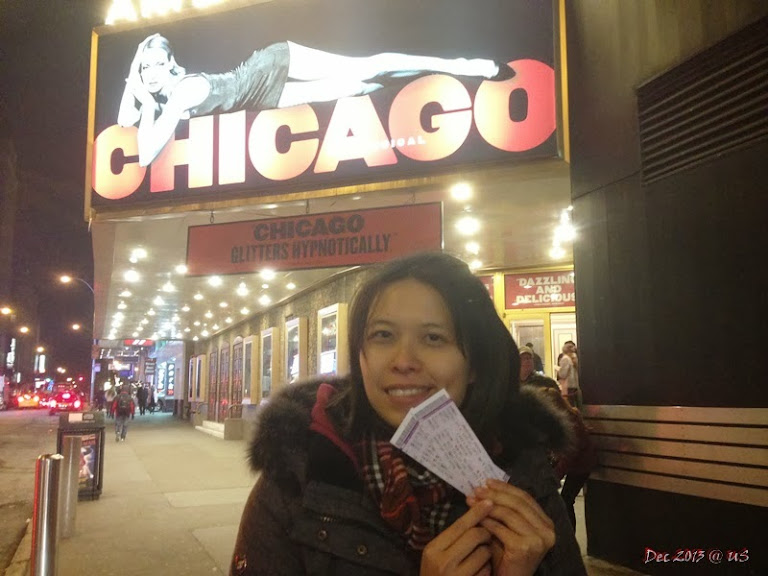 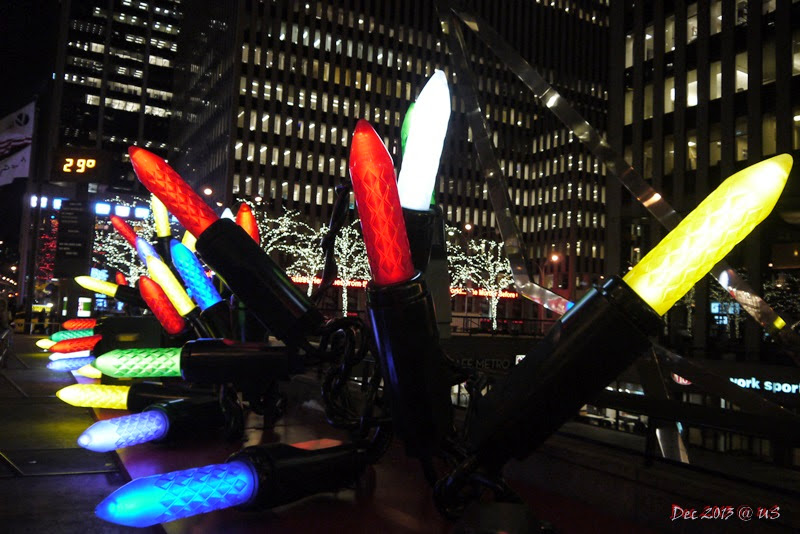 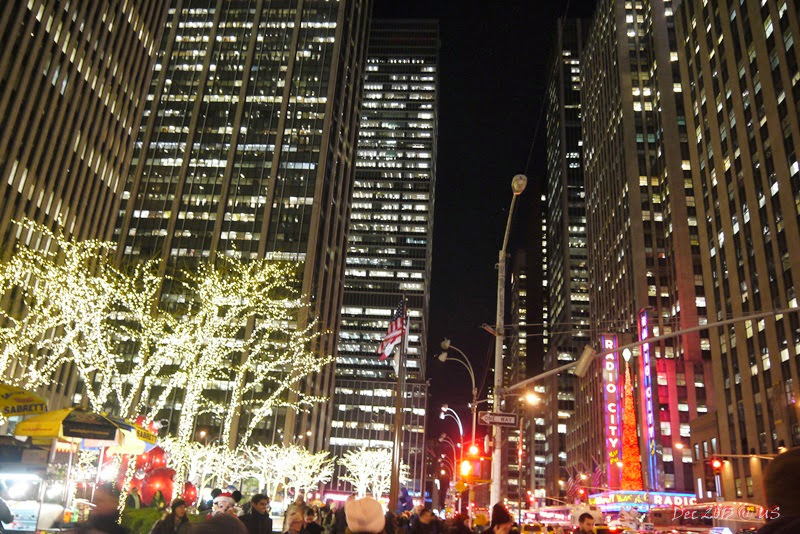 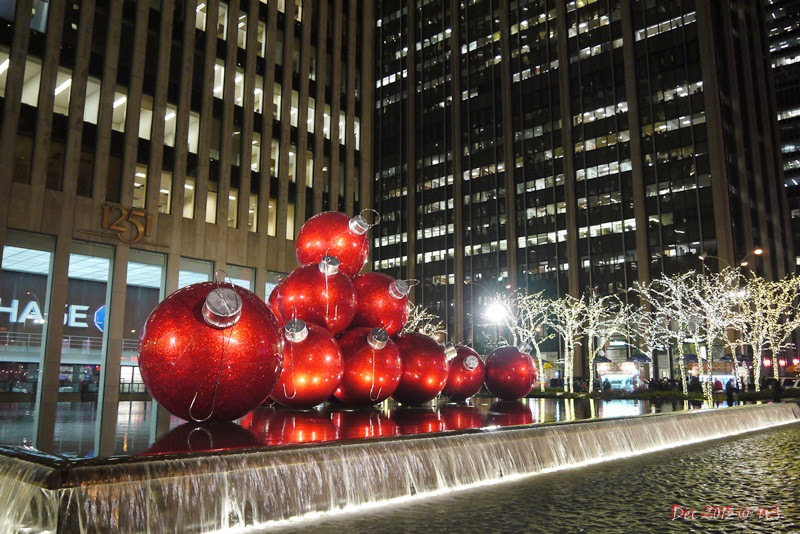 The decorations are between 5th Ave and 7th Ave. 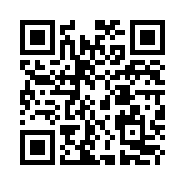